Theresa May's government needs to listen to local people and take urgent action to protect local NHS services - so say the Lib Dems as local NHS bosses reveal the Gloucestershire Hospitals NHS Trust - which runs both Cheltenham General and Gloucestershire Royal - is going £24 million into the red by the end of this year unless something changes.  But we're not alone.  An independent report earlier this year revealed a nationwide problem: two-thirds of NHS trusts across the country are now in financial trouble.

How different from all the extra cash Tory Brexit campaigners promised during the referendum campaign!

"The picture has got dramatically worse since the last election" said Cheltenham's Lib Dem parliamentary candidate Martin Horwood.  "During the coalition with the Lib Dems, most NHS trusts - including Gloucestershire - were in financial surplus.  They weren't flush with cash but they were managing.  Now most of them haven't got enough money from government to cover their costs and are facing financial crisis. 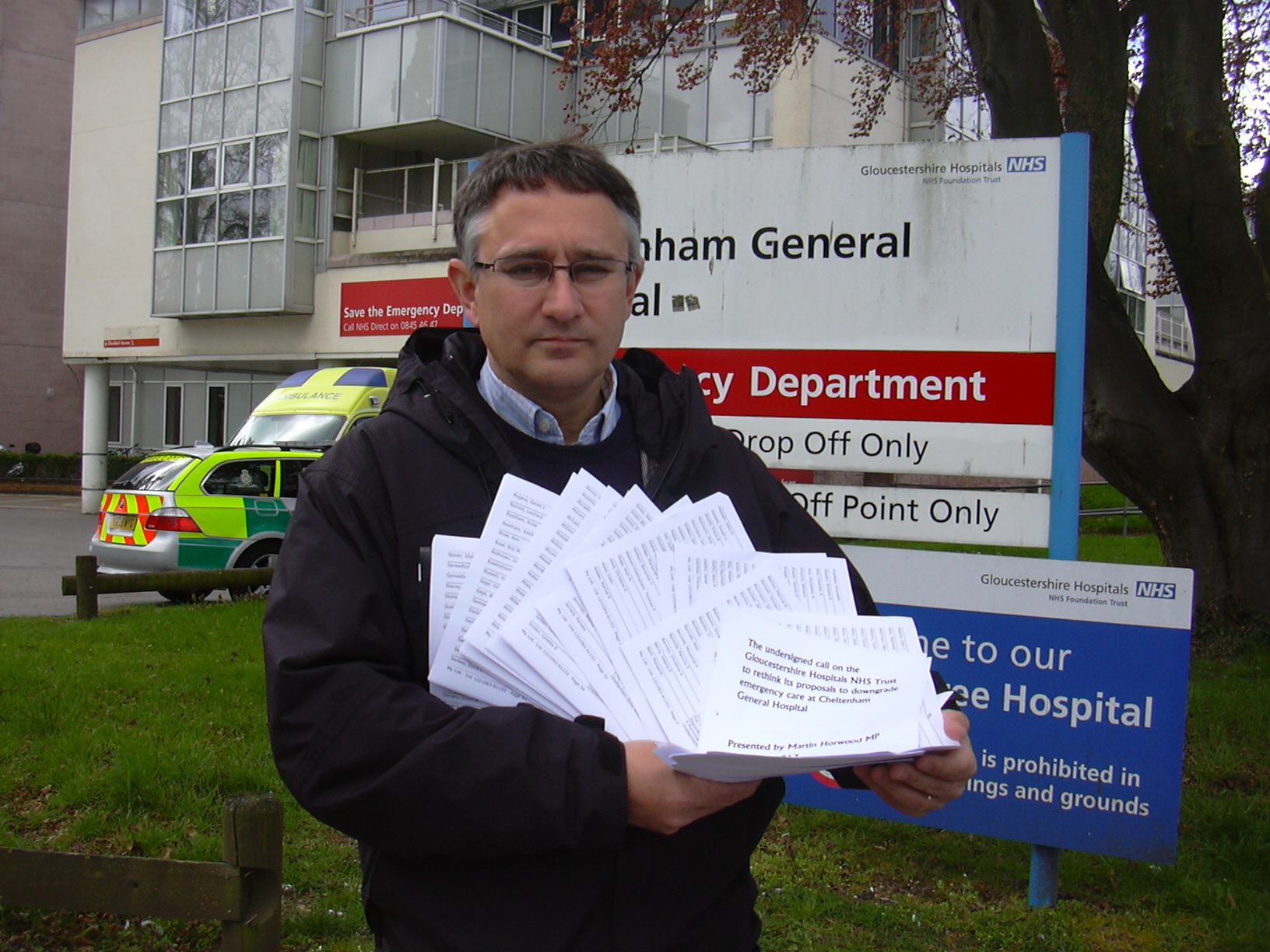 "We can argue about plans to reduce demand for hospital, make people healthier and do more in the community" said Martin "but that all takes time.  The worry is the local Trust will start planning to downgrade and close services this year.  We saw this under Labour back in 2006 when we mounted a huge campaign to defend A&E and the maternity unit in Cheltenham - and we won. It's going to take real political muscle to defend local services again, starting with MPs' votes on the Chancellor's Autumn Statement.  Lib Dem MPs are calling for more funds for the NHS.  But our local Tory MP hasn't even mentioned Cheltenham A&E in parliament since he was elected. Now is his chance to break his silence."

Lib Dem councillor Iain Dobie is chair of the county's health scrutiny committee which is holding two crunch meetings in the coming months: "We'll be watching like hawks for any cuts to local services that people really care about", said Iain. "Healthwatch are already telling us about many complaints of 'long delays' at the hospitals and poor support for mental health services.  We want to leave local NHS bosses - and the government - under no illusion about how strongly people want to defend all these services."