A penny on income tax for health and social care

The Liberal Democrats have announced they would plug funding gaps for the NHS and social care by putting a penny on income tax, in their first major manifesto commitment of the election campaign.

The tax would raise an additional £65m for Gloucestershire, with £42m for the NHS, including mental health, and £23m for social care each year.

This is the party’s flagship spending commitment and its first major policy announcement for the election. The Liberal Democrats will also set out a ‘five-point recovery plan’ for NHS and social care services in their manifesto.

At least 70% of Brits would happily pay an extra 1p in every pound if that money was guaranteed to go to the NHS, an ITV poll found last October (link). 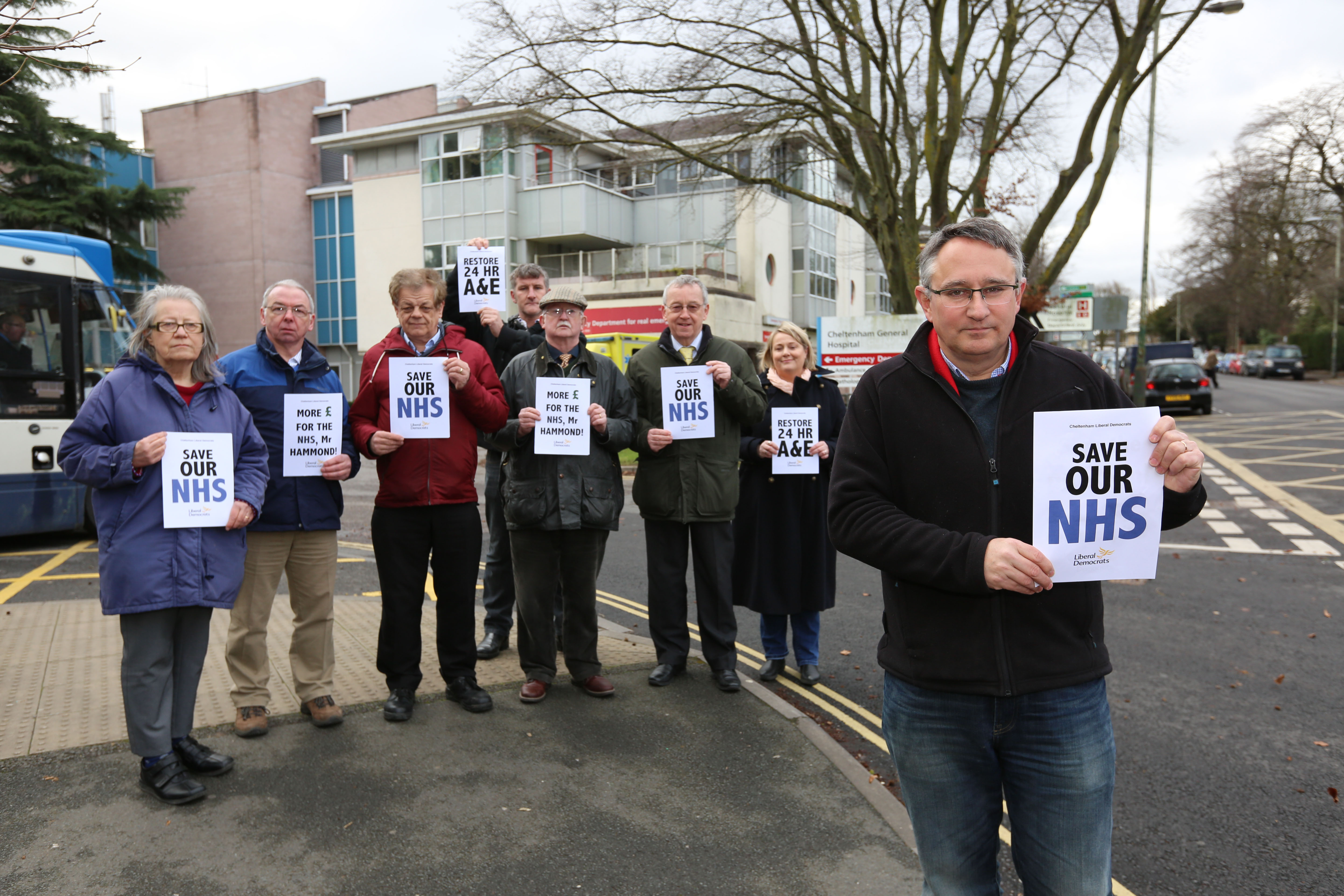 "This morning in Gloucester the waiting time to be seen by a doctor or nurse hit a staggering six hours while Cheltenham A&E was still turning away ambulances until half an hour ago because of the night-time downgrade.  This can't go on.  It's blindingly obvious we need two fully-functioning A&E departments in this county and that Gloucester Royal just can't cope on its own at night."

"This is a national problem as well as a local one.  Our NHS Trust isn't the only one that has plunged into deficit in the last two years of Tory government.  And the Conservative candidate here voted for all the spending plans and Budgets that are making this happen.  He didn't even mention Cheltenham A&E in Parliament for the best part of two years.

"The Liberal Democrats are prepared to be honest with people and say that to secure the future of the NHS we will all need to chip in a little more.

"A penny in the pound here could be used be to pay hard-to-recruit rates and get the doctors we need into both A&Es, while the extra money for social care would ease pressure on the NHS too.  Only the Lib Dems seem to want to make this happen.

"This Conservative government has left our health and care services chronically underfunded - and while the crisis gets worse they just don't seem to care.

"We cannot continue asking the system to deliver more and more without giving them the resources they need."