Tony and Iain recently met Gareth Burton the new Head of Bournside School who welcomed the safety improvements that had been implemented over the summer holidays.

Concerns that the speed humps had been built at the wrong height have since been allayed. The Senior Surveyor at GCC Highways Team came and re-measured them and confirmed that he was happy that they had been built to specification.
He also confirmed that a noise survey had now been completed which showed that traffic noise along Warden Hill Road had reduced since the humps were constructed. 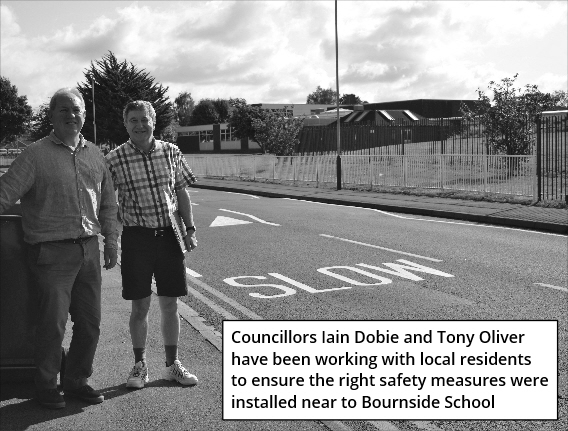 Iain said ’This is a great start but it is not everything we wanted. Over the coming months as the scheme fully beds down we’ll be talking to residents to see if additional steps are necessary.”