Cheltenham Liberal Democrat councillors are showing their support for families in the town by becoming a major sponsor of an exciting upgrade of the Pittville Park Play Area.

The Lib Dem borough council has overseen the ambitious project and party Councillors have now contributed £500 to a crowdfunding campaign.

The donation will sit alongside thousands of pounds donated by local people and businesses which have also backed the scheme.

Cabinet member for Clean and Green Environment Councillor Chris Coleman said: “I’m delighted that Cheltenham Liberal Democrats have not only been the driving force behind this project, but that my Lib Dem colleagues on the Council have shown their commitment by making a substantial donation.

“This shows that our party is united in backing a major project that will improve the town for families who live here, as well as people visiting.” 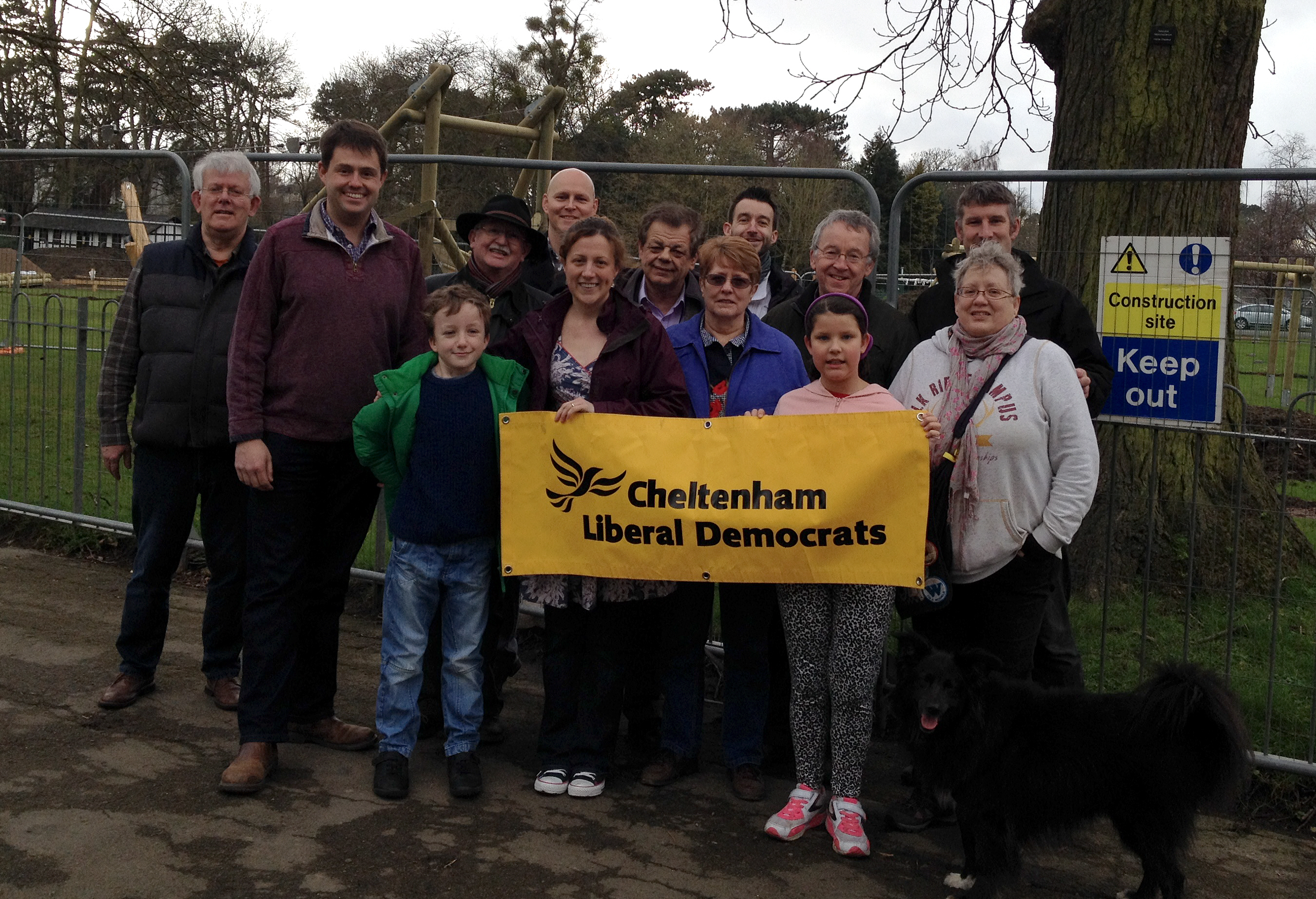 The ambitious project is being jointly funded by Cheltenham Borough Council and a crowdfunding campaign that was run by the Friends of Pittville.

It will provide an exciting play area for children and young people aged from 0 to 14 with a significantly increased capacity.

Mel Gladwin, a mother of one from Fiddlers Green Lane, said: “I’m really pleased that Cheltenham Lib Dems are donating to this exciting local cause.

“This fantastic new play area will make a huge difference to children and parents across the town and I can’t wait for it to open.”