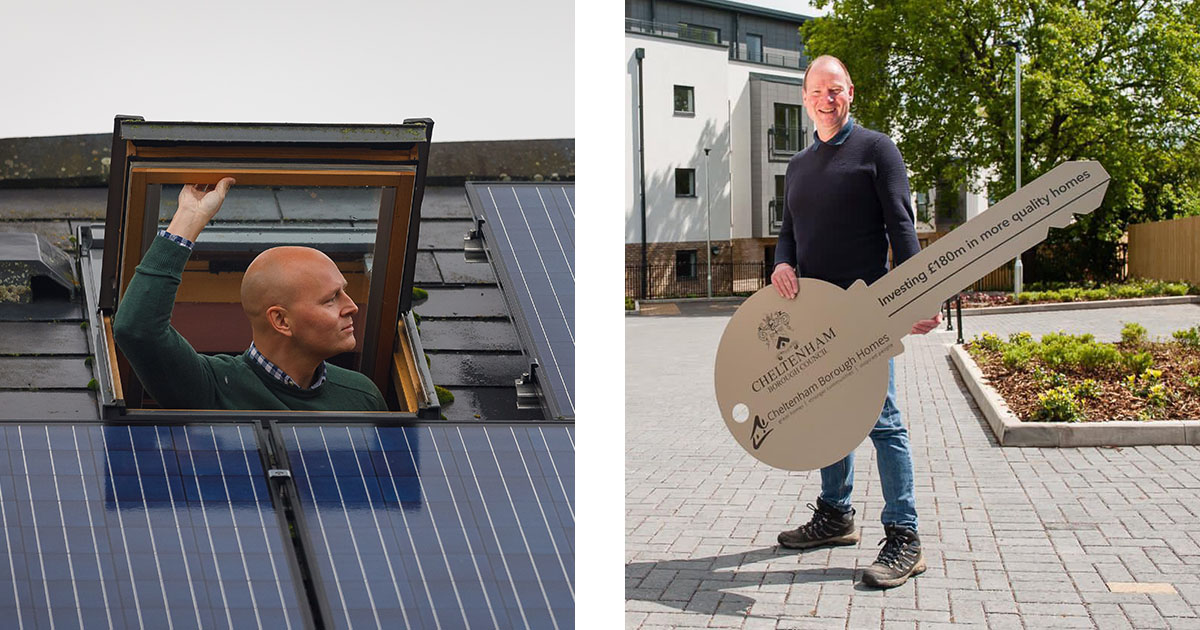 Imagine what it would be like if you had a warm home all year round, with little or no energy bill regardless of the weather outside. And imagine if you knew your home was having no negative impact on the world’s carbon emissions, while it was providing positives for nature. It might sound like a utopian future, but it’s not...

As part of our £180million investment in homes for local people, the application was passed by the Borough Council’s planning committee last week.

The 24 homes in Swindon Road will be built to the highest energy efficiency standards, so that hardly any heat will be lost.  That means they can be powered efficiently by heat pumps and solar panels instead of gas boilers.  Residents won’t be left paying spiralling energy bills.  And as a kicker, it’ll be a nature friendly development too.

This is something everyone in Cheltenham can be proud of.  Crucially, it also sends a message to private sector developers who might want to default to lower standards set by the construction industry.  The technology is there and private sector developers must up their game.  Some already are, but sadly there are too many who are stuck in the past.  That needs to change.  Cheltenham is demanding better and the Borough Council is showing the way.

The Swindon Road development is an important milestone in the development of new homes.  But we have around 4,500 council houses and these will all need some form of work, known as retrofitting, to reduce their carbon impact over the coming years.  That’ll need significant investment, a lot of which will have to come from government funding pots.  We’ll be bidding for those as and when they’re available and looking for innovative solutions wherever we can find them.

By signing the COP26 Glasgow Climate Pact, the government pledged to empower local areas to fight the climate crisis.  Lib Dem-led Cheltenham is already doing its bit.  We are ready to do more.