This Saturday, hundreds of people from Gloucestershire are expected to join the hundreds of thousands from across the country that are set to descend on Parliament Square to demand a People’s Vote.

Just six days before the Conservative Government hoped to take Britain out of Europe, campaigners are marching on Westminster to offer a solution to the crisis that threatens the public’s living standards, businesses and jobs.

Joining the protesters are dozens of Liberal Democrats from the county, including: Max Wilkinson, Lib Dem PPC for Cheltenham and Councillor on Cheltenham Borough Council: 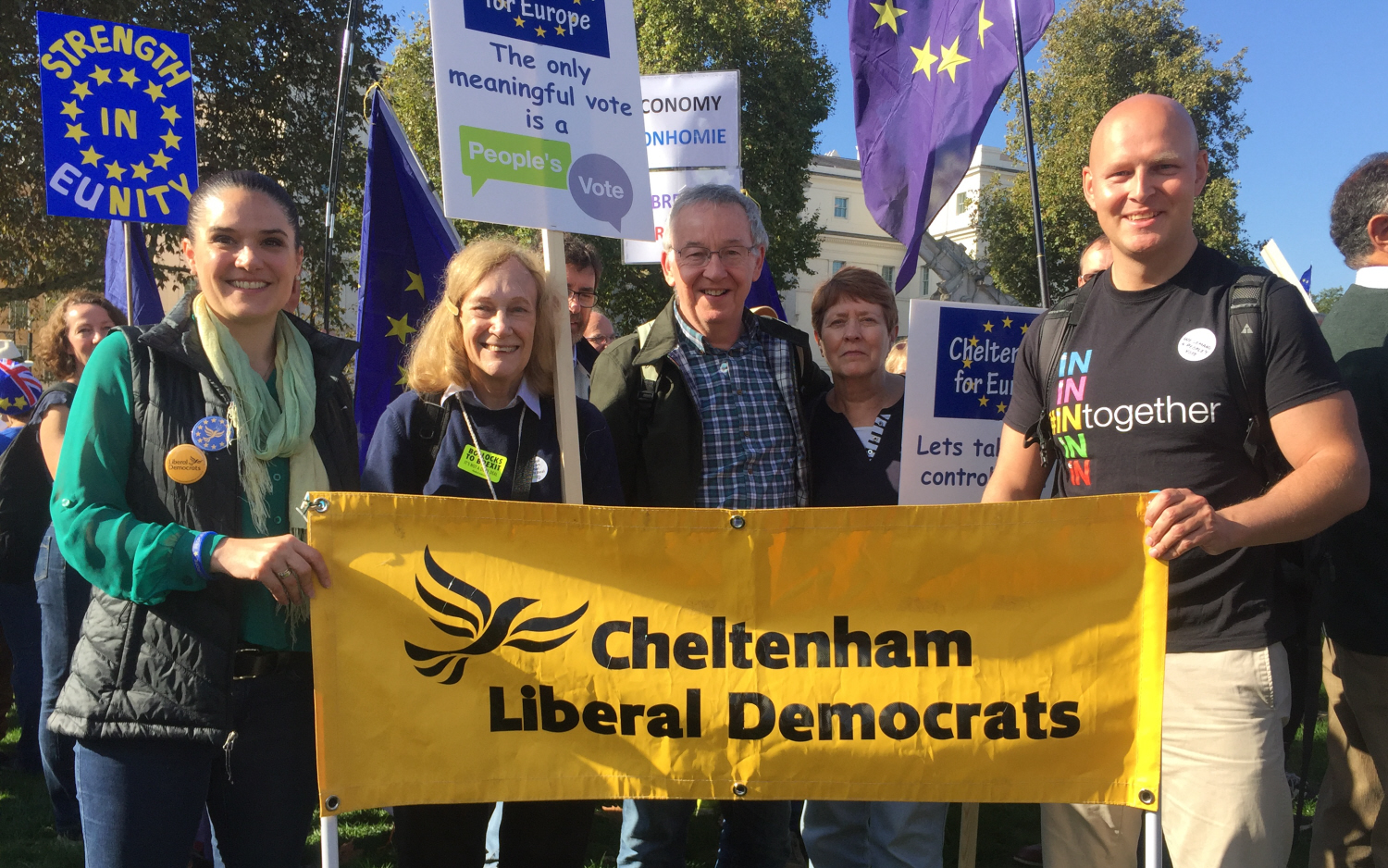 Max said “British politics is in total chaos because a bunch of charlatans sold people a Brexit deal that they knew was impossible to achieve.

“We now have a paralysed Parliament in which a stubborn Prime Minister is refusing to compromise after almost three years of her failed and unpopular Brexit strategy.

“While other parties have changed their minds on the EU, ducked the issue, or abstained in Parliament, the Liberal Democrats have fought for a vote on the government’s Brexit deal since the referendum in 2016 and I’m proud to be marching for a People’s Vote alongside pro-EU campaigners this weekend.”