Liberal Democrats in Cheltenham were out in force at the weekend, recruiting new members after the result of Thursday’s referendum. 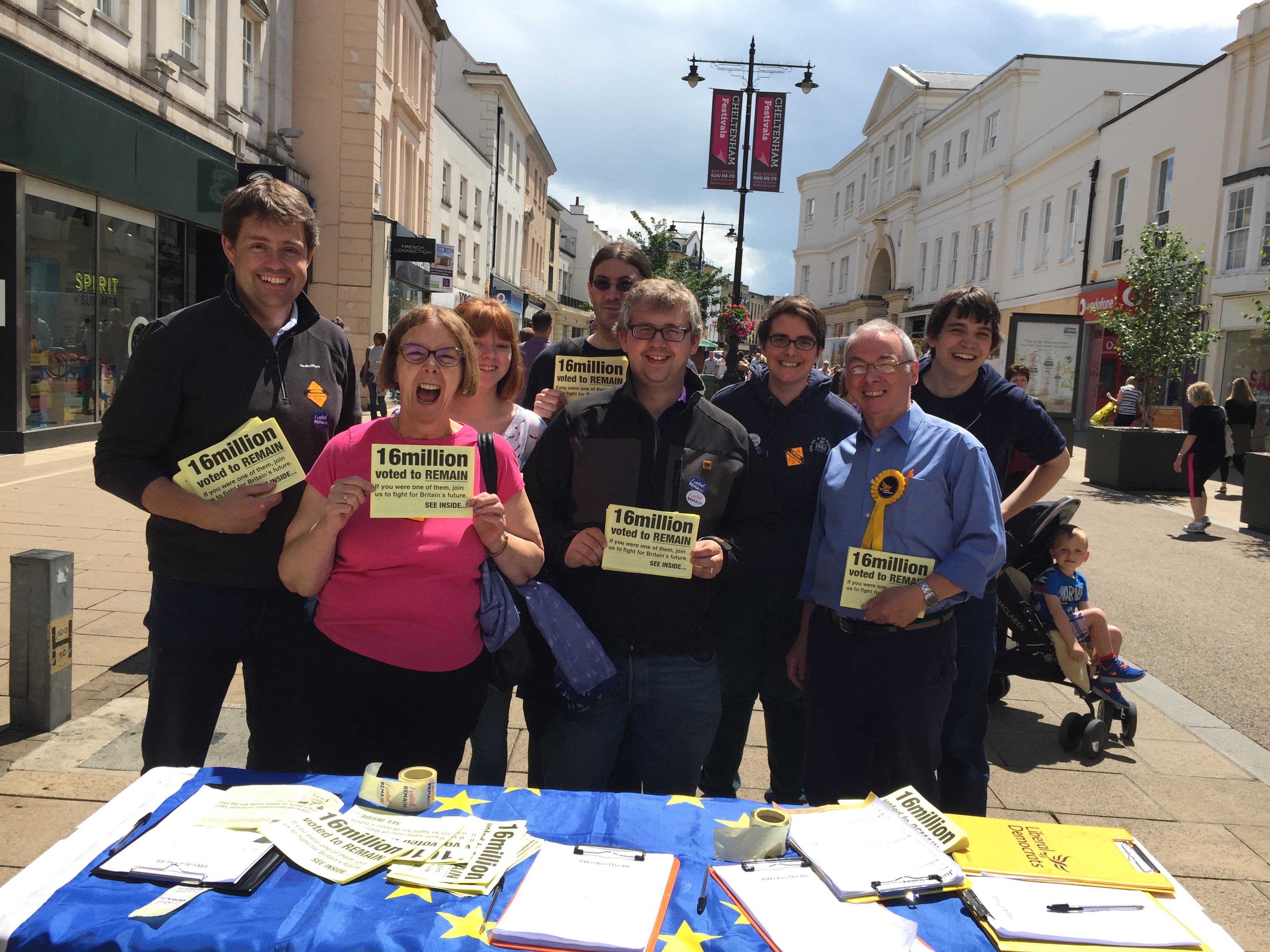 Although the country voted to leave the European Union by a margin of 52% to 48% the Cheltenham figures were considerably different with 56% voting to remain.

Councillor Chris Coleman said: While we have to accept the democratic result of the referendum, Liberal Democrats will never accept the view of Britain held by the leave campaign - of an inward-looking, intolerant nation. Britain is so much better than that.

“I’m proud that the Liberal Democrats were the only party united and wholehearted in our support for a strong Britain remaining in Europe.

“We cannot afford our shared vision of an inclusive, outward-looking Britain to die. It would be a betrayal of the millions of people who voted Remain and the many millions more young people who would have but weren't given the chance. This referendum was about their future and they have been let down.”

Over 6000 new members have joined the Liberal Democrats since the referendum including more than 30 in Cheltenham.