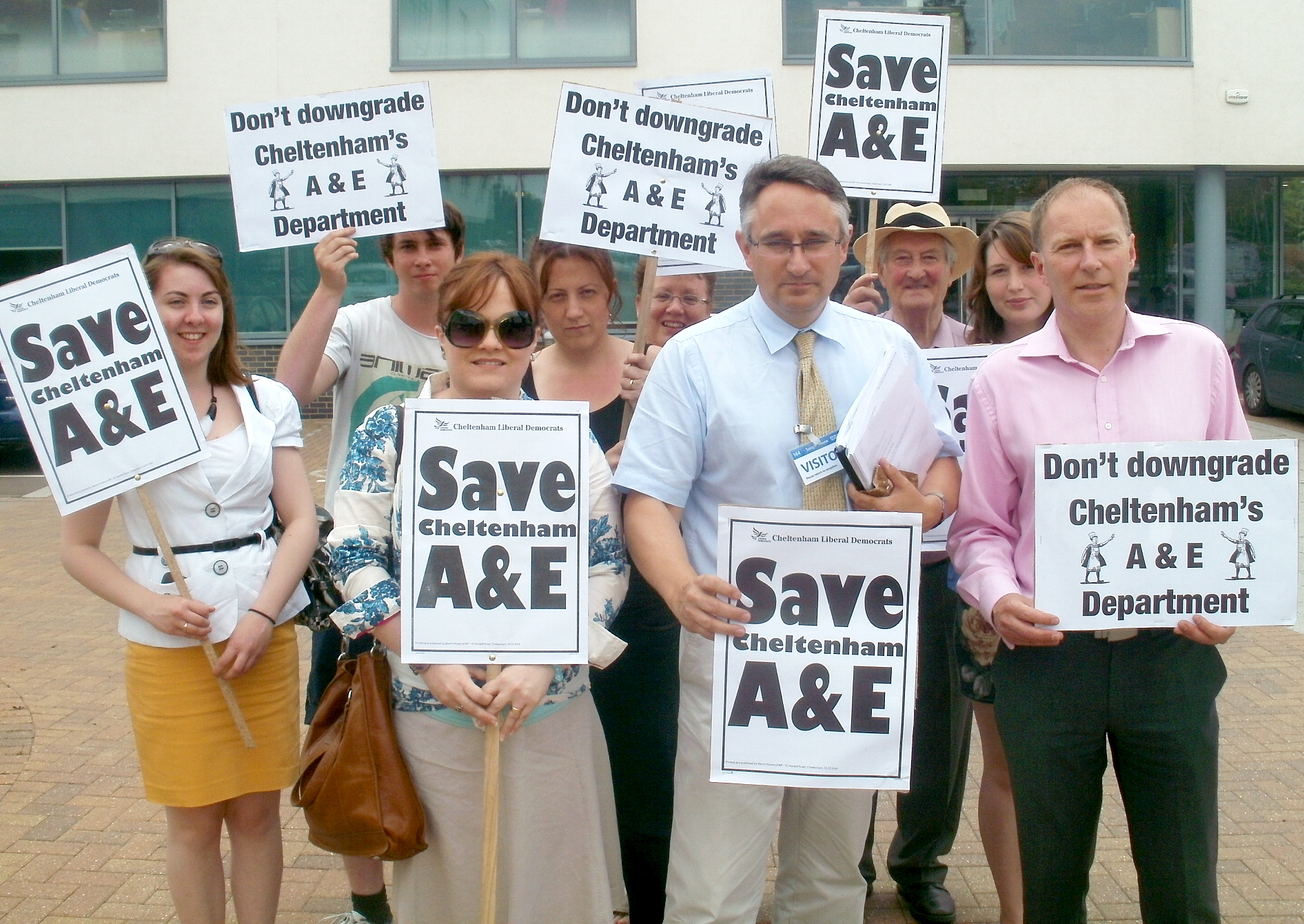 Since last July urgent ambulance admissions between 8pm and 8am have been diverted to Gloucester, although walk-in and GP referrals are still possible at any time.

Last year Cheltenham's Lib Dem MP Martin Horwood questioned the decision saying there was good clinical evidence that the increased distance could increase risk for those with conditions where every second can count like appendicitis, acute peritonitis, perforated ulcers and asthma.

There was also a risk that less well-off areas in Cheltenham like would be put at particular risk along with parts of town with significant older populations. ‘I didn’t want to see people in Cheltenham and the east of the county get a more dangerous A&E service than everyone else’ said Martin. ‘And I’ve always said that a town the size of Cheltenham should have a fully functioning district general hospital. We’ve defended lots of services over the years but it has been a constant battle.’

At the recent twelve-month review of the changes Cheltenham Lib Dem councillors Flo Clucas and Colin Hay questioned NHS chiefs on the statistics they were presenting which claimed the changes had had no negative impact. Martin and new local campaign group REACH (Restore Emergency At Cheltenham General) were there too.

Martin added: ‘Some of the NHS statistics didn’t differentiate between Cheltenham and the rest of the county so you just couldn’t tell if we were worse off or not. Others showed that Gloucestershire Royal Hospital had missed its waiting time target for eleven out of the 12 months since the changes happened which suggests that perhaps they can’t cope. We need much more information from the local NHS about what’s really happening’.