He was highly respected for the way he defended our local NHS, fought for fair funding for our schools, and championed reform of Parliament’s sleazy expenses system.

Two years ago that changed in the general election, when the Tories turned on the Liberal Democrats in Cheltenham – supposedly to stop Labour and the SNP, but in reality to remove any restraint on a hard-line Tory government. Since then we have had a Tory MP who has doggedly voted the party line.

The result has been:

●     A squeeze on NHS funding. Gloucestershire’s NHS is forecast to be £24 million in the red this year, due to Tory under-investment. And this is despite the deceitful promise of Tory Leave campaigners to provide £350 million a week for the NHS if we left the EU!

●     A more hard-line kind of Brexit than people voted for. This includes leaving the European single market (which is different from the EU and currently buys 44 per cent of our exports). 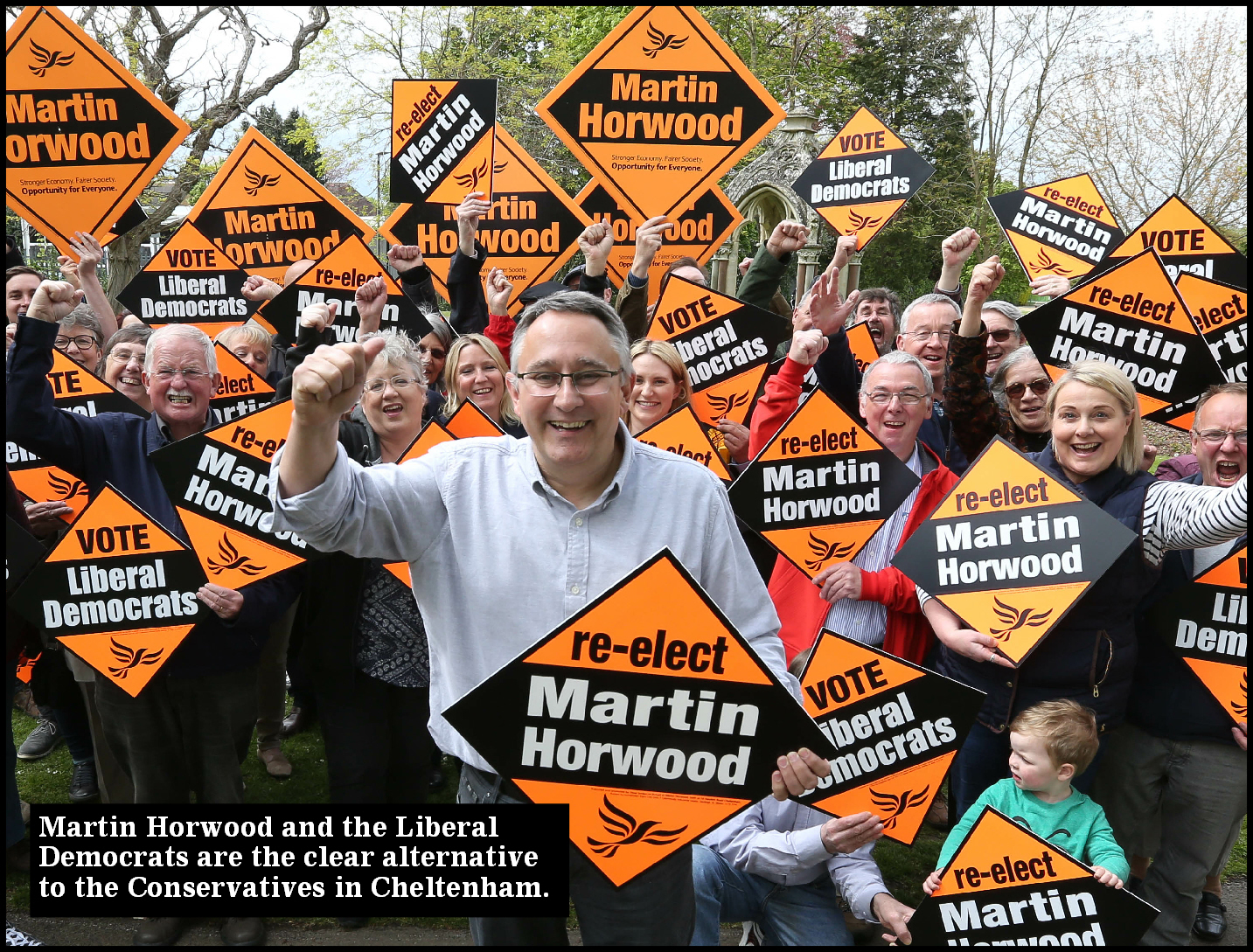 At the general election on Thursday 8th June, all the  opinion polls suggest that Theresa May and
her government will win a massive landslide at Labour’s expense.

You can sign up to help Martin's campaign here:  Get involved