Councillor Angie Boyes has written an open letter to Cheltenham's MP Alex Chalk, asking that he reconsider his position as Patron of Garas (Gloucestershire Action for Refugees and Asylum Seekers) in light of his Conservative government's cuts to foreign aid. 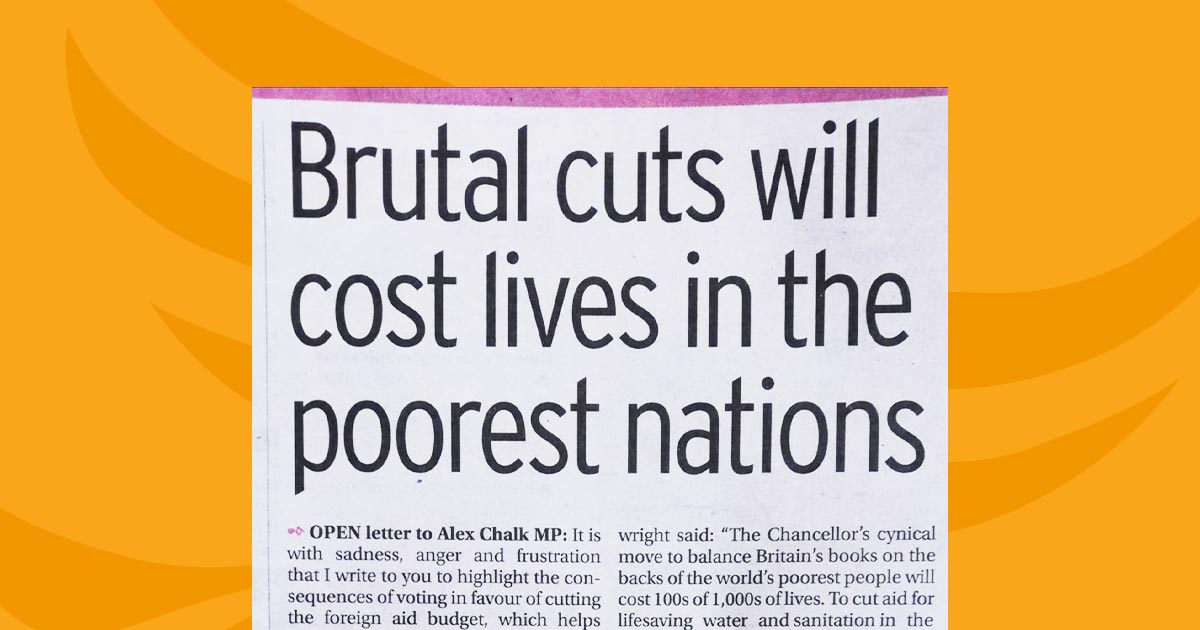 See Cllr Angie Boyes' letter below, as published in the Gloucestershire Echo.

It is with sadness, anger and frustration that I write to you to highlight the consequences of voting in favour of cutting the foreign aid budget, which helps some of the world’s poorest people and ask you to re-consider your position as a Patron of Garas (Gloucestershire Action for Refugees and Asylum Seekers).

The Conservative party pledged that they would maintain the level of spending at 0.7% of the national income. It was part of the 2019 Conservative Party manifesto.

Garas do the most incredible work in offering support to those seeking asylum in Gloucestershire. Cheltenham is a Town of Sanctuary. You voted in favour of harming the world’s poorest people that Garas and Cheltenham Welcomes Refugees work so hard to support. The result of your vote creates the circumstances in which people have to flee war, poverty and instability. The aid cuts will hit mostly women, children and the poorest in places such as Syria and Yemen the hardest.

Danny Sriskandarajah, CEO of Oxfam GB, said: “The outcome of today’s vote is a disaster for the world’s poorest people. The cuts to UK aid are having a direct impact on thousands of lives today and a delay in restoring aid will be felt for generations to come in parts of the world ravaged by conflict, climate change and COVID19.”

WaterAid chief executive Tim Wainwright said: “The Chancellor’s cynical move to balance Britain’s books on the backs of the world's poorest people will cost 100s of 1000s of lives. To cut aid for lifesaving water and sanitation in the middle of worst pandemic for 100 years is unconscionable.”

Former Conservative Prime Minister Theresa May said: “Fewer girls will be educated, more girls and boys will become slaves, more children will go hungry, and more of poorest people in world will die.”

Rachel Treweek, the Bishop of Gloucester, also a Patron of Garas, said in the House of Lords last week, “It’s about a failure to honour our promises to the world’s poorest. Broken trust and moral failure are not insignificant issues”.

These brutal cuts will cost lives and will create conditions where more people will require the support of Garas. The impact will be catastrophic.

Once again, you have voted for something that will create more work for Garas. I refer to your voting record on child refugees, for example. I am concerned that you simply do not care. Your views, as represented by your voting records, no longer seem aligned with those of Garas. It brings shame to Cheltenham, to Gloucestershire and will bring shame to Garas if you remain a Patron. Your position is no longer tenable. I urge you to re-consider your position within this wonderful charity and act accordingly.