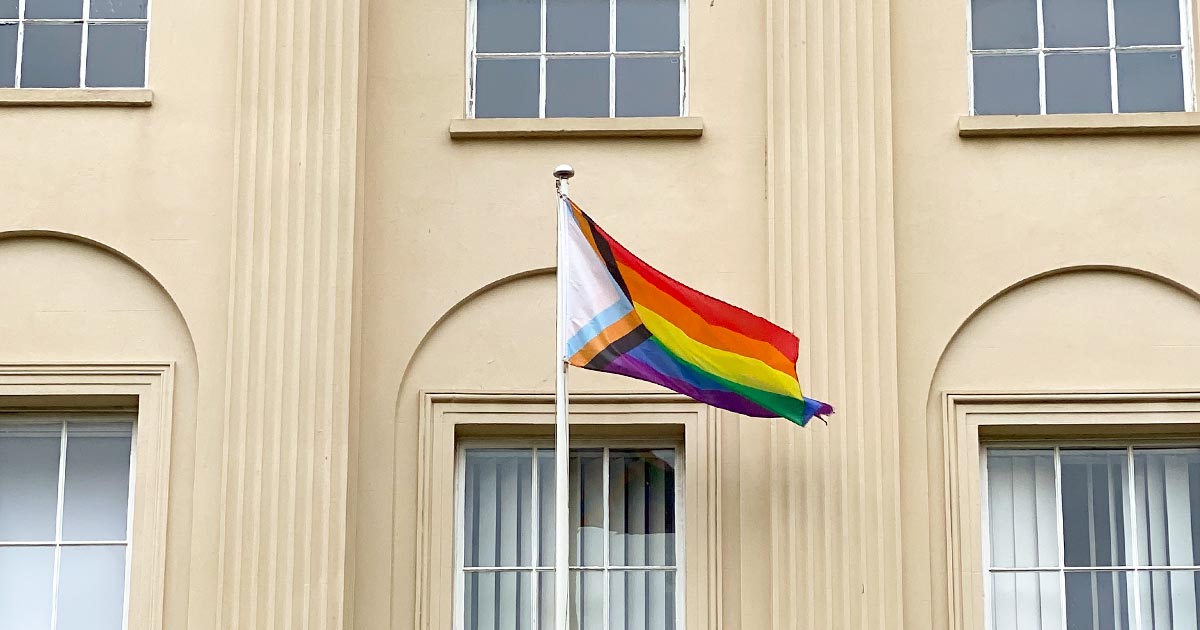 The mayor of Cheltenham, Councillor Steve Harvey, has announced plans to work with chairperson of Pride in Gloucestershire, Jason ‘JayJay’ Potter-Peachey, to promote LGBT+ equality.

Cllr Steve Harvey said: “As the mayor, chairman of Full Council, and First Citizen of our beautiful borough, I think it is important that we strive for greater awareness, understanding and equality on LGBT+ issues.

“I am grateful that JayJay has agreed to work with us to explore ways in which Cheltenham can be even more inclusive. Jay Jay will bring valuable knowledge and experience that will support the public engagement work of the mayor.’’

Chairperson of Pride in Gloucestershire, JayJay Potter-Peachey, said “I am delighted to have been asked by the mayor to work with the council and to help make a positive contribution to promoting LGBTQ+ equality. Cheltenham is a diverse town, we need to recognise this and work towards open dialogue and conversation to make sure every person in the town feels welcomed.”

Lib Dem led Cheltenham Borough Council has been proud to work with Cheltenham LGBT+ Partnership since its inception in 2015 and flies the Progress Pride flag or transgender flag on key dates in the LGBT+ calendar, such as for LGBT History Month in February, Transgender Day of Visibility in March and the dates of Pride events in Cheltenham and Gloucester. The first Cheltenham Pride event in 10 years was held in 2019 in Pittville Park with funding from the council’s Community Pride fund. The council is working to support Pride in Gloucestershire and partners to deliver a return of the event in 2022.

Professor Jermaine M Ravalier, continued: “In the past year the council has had many questions asked of its member's stance on various issues of diversity. I am delighted that Cllr Steve Harvey has reached out to me and I will be working with both him and the council to advise him in his role as mayor, and look forward to helping him make a difference in the county and beyond.“

For more information on LGBT+ communities in Cheltenham visit the council’s website www.cheltenham.gov.uk.