Over a three thousand people have signed Martin Horwood’s petition urging the local NHS to rethink their decision to close Cheltenham’s Accident and Emergency Department to ambulance admissions at night. 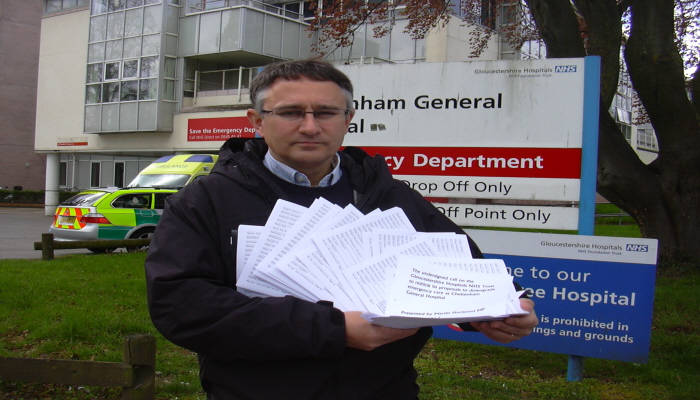 There is no proposal to shut A&E - yet - and 'blue light' admissions will continue during the day, while people will still be able to go to A&E themselves or be referred by their GP at any time.   But Martin says there are a couple of questions the Trust need to answer:

We will keep you informed of Martin’s campaign to protect Cheltenham’s A&E service.