A letter circulated by Gloucestershire Hospitals Foundation Trust gives details of service changes over the coming months as part of a winter plan. From October 2017 to March 2018, all orthopaedic acute and trauma patients requiring admission or surgical intervention will be moved from Cheltenham General Hospital to Gloucestershire Royal Hospital. 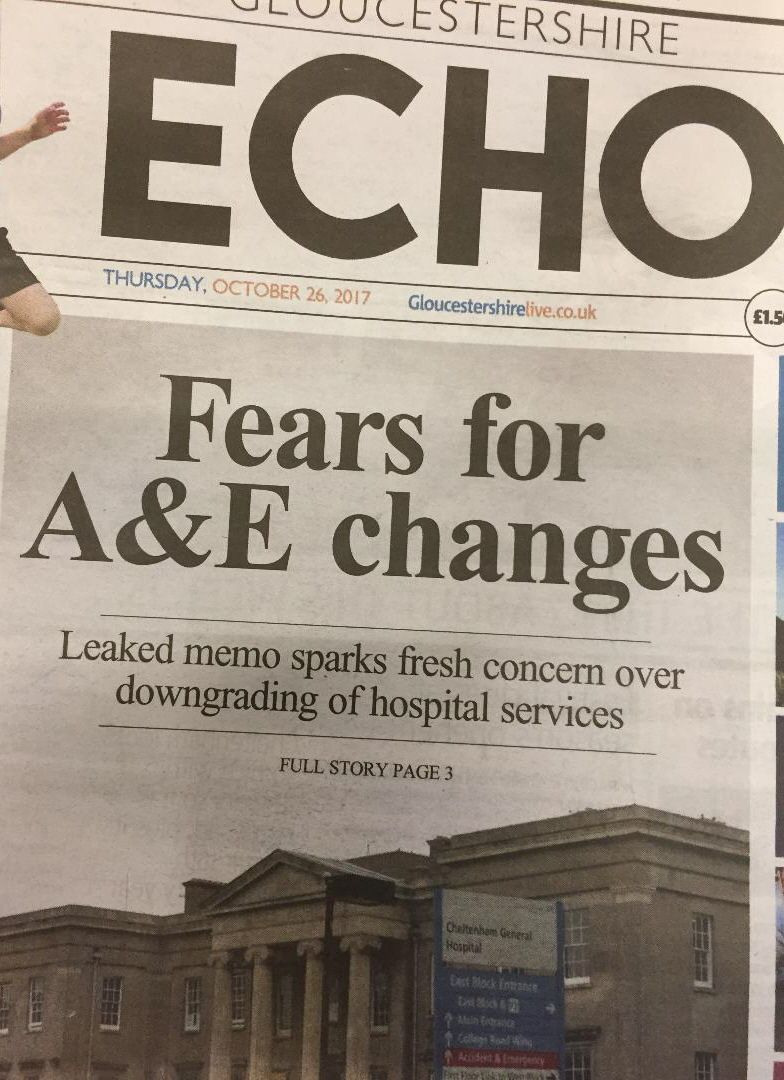 Liberal Democrat councillor Iain Dobie (Leckhampton and Warden Hill) said “We’ve already seen Cheltenham’s A & E reduced at night between 8pm and 8am from a full doctor-led service to a restricted nurse-led operation in 2013.

Martin Horwood MP and Liberal Democrat councillors opposed this permanent downgrading  at the time. In this latest move, the day time service is now being cut back at Cheltenham A&E.

“People turning up in pain with a broken leg or arm which needs an immediate operation, or someone with a broken hip which demands time in a hospital bed, will now be sent over to Gloucester.

“We are calling for the restoration of a full 24/7 A&E service at Cheltenham General and a properly funded NHS.”

Growing demand has stretched the NHS beyond its limits. Even our extraordinarily hard-working doctors and nurses can only do so much when the Conservatives are unwilling to address chronic funding shortages.

Liberal Democrats would put a penny on income tax to fund the NHS - it's the best, most realistic way to tackle this crisis.