Westminster Dog of the Year is organised by the Kennel Club and Dogs Trust to highlight the need for responsible dog ownership.

MPs who don't have their own are lent a ‘Dogs Trust’ rescue dog and Cheltenham’s MP Martin Horwood was lucky enough to team up with four month old Rottweiler puppy George who was handed into Dogs Trust after his owners decided they couldn't cope with a fully-grown Rottweiler.  Since Martin appeared with George in Westminster Dog of the Year, he has many offers of a new home (that’s George not Martin). 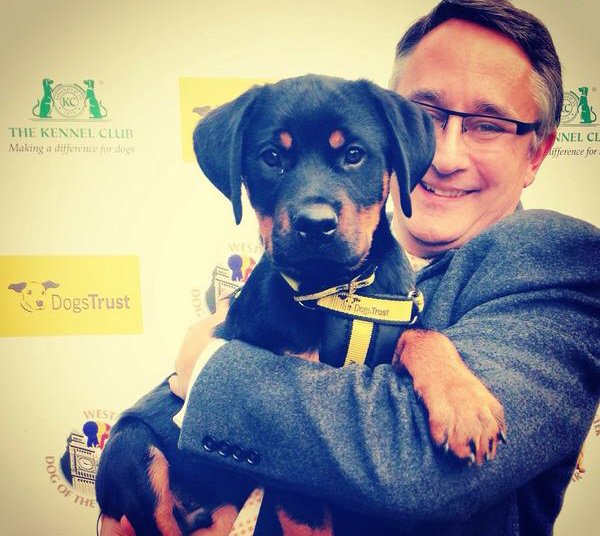 Martin said “I welcome a ministerial announcement that the coalition is set to clamp down on puppy farming. This is a campaign that I strongly support along with Cheltenham-based charity Naturewatch. It is aimed at stopping the cruel and irresponsible selling of poorly cared for puppies by unlicensed breeders.”